The Calcidrata Services for the restoration. 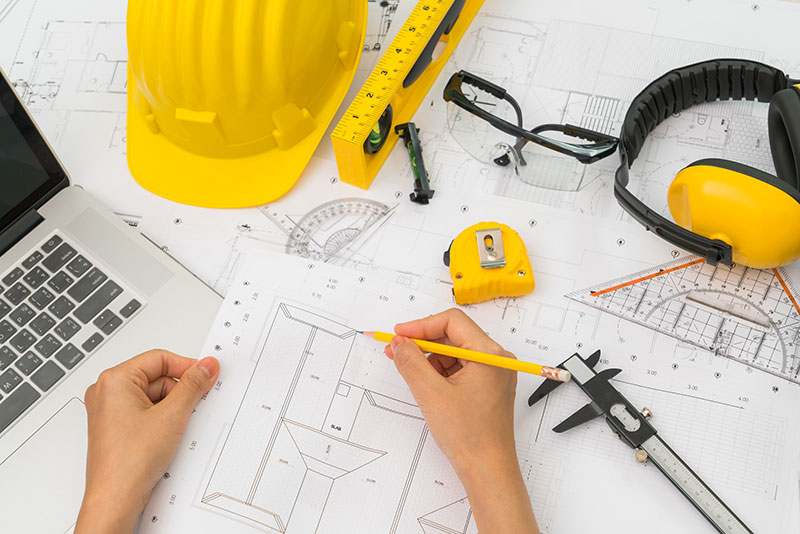 The service offered by Calcidrata, wants to be a useful support for designers, individuals and businesses, for the knowledge and diagnosis of structures to be restored. The technical report, prepared by highly qualified staff, will provide accurate on-site and laboratory diagnostic analysis of the causes and phenomena of physico-chemical degradation in progress on the wall supports and on the plaster, suggesting the appropriate intervention methods and materials to be used for architectural recovery.

By visual examination we mean the inspection of the structures with the naked eye or with only the aid of lenses or endoscopes with low magnification factor. The correct and thorough visual examination of the structures, of the morphological characteristics of their surfaces, is of fundamental importance in the diagnosis of deterioration, because it constitutes the basis for the correct planning of the investigations; obviously visual examination can only detect macroscopic superficial defects. To carry out the visual examination, photographic documentation can be used, which, however trivial it may seem, is a non-destructive test that should always accompany a diagnosis (especially if followed by destructive tests in the laboratory), to highlight and document where the samples subjected to other observations or analyzes are located; it should include both the overview of the structure to be investigated and the details.

The principle of thermography is based on the fact that any object at a certain temperature emits an energy flow. Imagine that a composite structure, like a masonry, exposed to the same thermal conditions (eg solar radiation), the individual elements (stone, mortar, brick, steel, etc.) will lead to a different temperature depending on their thermal properties, and in particular their specific heat and thermal conductivity. Each element will emit a flow of energy depending on the temperature reached and its emissivity. Thermography consists of recording, by means of an infrared detector, the temperatures reached by the various elements present in a structure. By means of an optical system (consisting of several lenses) and electrical (capable of transmitting the intensity of the radiation in an electrical signal received), temperature differences, are recorded, through a thermogram, consisting in the graphic recording of monochrome or colored tones (variants, for example, from white to black) proportional at different temperatures. A particular application of thermography, consists in detecting the surface distribution of moisture: by artificially heating and homogeneously the outer surface of a masonry, the temperature reached in each surface element depends strongly from the local moisture content; the temperature rise in humid areas it will be smaller than in the dry ones, and therefore a thermographic recording allows you to extract a comparative moisture mapping surface. It will then be possible, with a few targeted drawings based on the indications thermograms, determine absolutely and precisely the moisture content by the drying tests of the withdrawals in the laboratory. This is a typical example to demonstrate the complementarity of a non-destructive test (such as thermography) with a destructive test (such as moisture determination in the drying laboratory) of the withdrawals). The advantages of this method are due to the fact that it is absolutely non destructive, fast execution, with the ability to record pictures. 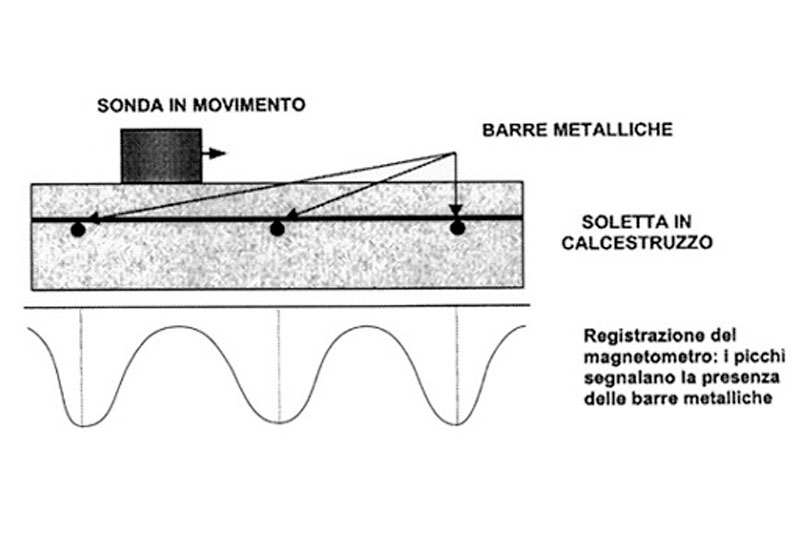 This technique allows you to locate hidden ferromagnetic materials in the structure to be investigated. The method is based on the principle of induction magnetic, in practice the magnetometer consists of a probe that is moved on the surface of the structure to be investigated. The probe consists of a coil crossed by an alternating frequency current that generates an alternating magnetic field. Metal objects embedded in the structure to be investigated, but those that are in the magnetic flux field, alter the potential difference at the end of the coil according to the above-described principle. Voltage distortion is reported on a scale or graphically recorded. alteration depends on the thickness of the metal object and that of the covering material; in the case of reinforced concrete structures, for example, the adequately calibrated magnetometer allows to detect the diameter of the armature in steel and the thickness of the cover plate.

quantitative determination of the total salts present by measuring the total electrical conductivity of the solution.It is useful for evaluating the chemical degradation of natural and artificial stone materials, especially if it is necessary to carry out checks on washing water or extraction efficiency.

In its almost one hundred years of history, Calcidrata has shown that the quality of production and the efficiency of customer services are the basis of every business activity.

Any cookies that may not be particularly necessary for the website to function and is used specifically to collect user personal data via analytics, ads, other embedded contents are termed as non-necessary cookies. It is mandatory to procure user consent prior to running these cookies on your website.